Business and Economy of Morena

The fundamentals of Morena economy are very strong. This is vindicated by few of its illustrious achievements, which has made its economy as one of the shinning bright spots on Madhya Pradesh economic map. More about this few illustrious achievements and brief analysis of all the important sectors of Morena’s economy has been provided below. Our well detailed information will help you better understand the existing problems and untapped potential of Morena’s economy.

Morena is a mixed economy that is largely dominated by agricultural sector. Although due to growing urbanization agriculture may have lost its sway in main city of Morena, but once you cross threshold of the urban world of Morena city you’ll come across vast expansive land of agriculture. To put it in more simple words, in large parts and specifically interior of Morena agriculture is still the most dominant sector and occupation. 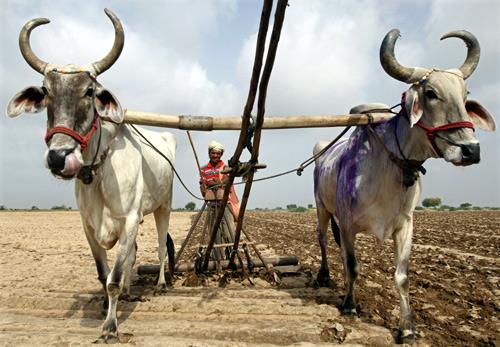 Agriculture in Morena
Total agricultural production in Morena is quite high. The credit for this goes to better facilities of canal irrigation prevalent throughout the district and good annual average rainfall. Besides, presences of marginally fertile soils like red soils throughout the district also help in yielding higher agricultural production. Now about some of the main crops of this region. Mustard Crop is the most cultivated and main crop of this region, which brings us to one of Morena’s illustrious achievements, about which we had mentioned in opening paragraph. Morena District is actually one of the highest producers of mustard crops in India, which also invariably makes it one of the highest producers of mustard oil in our country. And not to speak of huge revenues that Morena District earns from export of mustard oil. To put it in nutshell, Mustard is not just critical for Morena’s agrarian economy, but is equally important for its overall economy. Moving ahead of mustard crops, then other important crops of this region are Pearlmillet, Wheat, Sesamum and Pigeonpea. As for horticulture crops are concerned, Guav, Mango, Potato, Tomato and Onion.

Manufacturing industries has always had strong presence in Morena district and their presence has indeed greatly helped in propelling headquarter city of Morena amongst emerging cities of Madhya Pradesh state. But to give you more conclusive and clear understanding of industrial scenario, we’re putting forth some important facts and figures in front of you – including names and addresses of some of the important large scale units. As per date from Ministry of Micro Small and Medium Enterprises, there are some 10,000 to 12,000 small and medium scale registered industrial units throughout the district. If one looks into profile of these industries, then one will discover that most of these small and medium scale industries compromise of agro based industry, Ready-made garments and embroidery industry, wooden based furniture industry and Leather based industry. Moving to large scale industrial units, then this district has quite a few large scale manufacturing plants. These are edible oil factory owned by K S Oils Limited, J.K tyre factory, beer alcohol factory plant owned by Tripti Alcobrew Ltd and there are other few large scale units. As for industrial areas in the region are concerned, there are three or four industrial areas that are located in different parts of the district. But the most important and biggest industrial area is located in Banmore town, which is one of the adjoining towns of Morena city.

Decades of steady urbanization has given rise to a very active service sector. Although Morena’s service sector is very small in size, which is to say that it is nowhere near massive service sector boosted by first tier cities like Mumbai and Delhi. This said, its highly unorganized sector still holds immense importance for generating sizable revenue and employment. We, however, here will have brief look at only portion of organized sector, which u must have already guessed is very small. At its forefront is a very resilient banking sector, strong hospitality sector that compromises of hordes of hotels, restaurants and travel agents, and hordes of other service oriented small companies and self employed people.

The overall picture that we’ve got from all the above information is that Morena’s economy draws enough resilience from its ever robust agricultural sector and by huge presence of industrial plants all across the region. The overall fundamentals of the economy, as we’d said in opening paragraph, are very strong, but there is surely need to do more to capitalize on its existing inheriting strengths. For instance, some proactive efforts can certainly be taken to increase the production of Mustard crops or to seek policy decisions to pave way for more edible oil factories in the district.